Among all of the bad news this year, a modest announcement from NIHR Research reminded me that we should always remain optimistic. Findings from a follow-up evaluation of FNP show that the children of FNP mothers have a significant educational advantage over their non-FNP peers.

This is not only good news for FNP recipients, but also for those of us who champion early intervention. A deeper look at the intervention’s history tells us why.

A test case for early intervention

Unlike many services offered to pregnant women, FNP originated as the content for a randomised controlled trial (RCT) aimed at testing the theories of Mary Ainsworth and Uri Bronfenbrenner (Olds et al., 1997). These theories included the idea that maternal sensitivity laid the foundation for early learning and that sensitive parenting behaviours could be taught to vulnerable mothers through intensive home visiting (Bronfenbrenner 1974). The intervention’s founder, David Olds, was a student of both influential psychologists and was keen to test their ideas.

FNP’s first trial took place in Elmira New York in the early 1980s. While home visiting was already a common service for disadvantaged families, Olds’ then nurse-family partnership had two features that set it apart:

1. Intensive home visiting, starting before the baby was born and then lasting until the child’s second birthday. Olds reasoned that this level of intensity would ensure that mothers could learn and practise parenting skills that would enable them to support their child’s emotional and cognitive development after the programme was over. While the programme also aimed to support the mothers’ and babies’ health needs, these were never the intervention’s primary benefits, as they were already addressed by other services for pregnant mothers. Thus, the added value of FNP came in the years after the child’s birth and then continued for years after the programme was over.

2. Clear eligibility requirements meant the nurse-family partnership programme could only be offered to first-time, single, teenage mothers. This requirement was based on the assumption that these vulnerable young women would be more receptive to intensive home visits and also had the greatest need. Rates of abuse and neglect were the highest amongst these families and a primary aim of the programme was to get these rates down.

Findings from the intervention’s first trial were better than expected, showing that many of the programme’s intended benefits could be achieved. These included reduced maternal smoking at the time of the baby’s birth and clear reductions in accidental injuries by the child’s second birthday (Olds et al., 1986). The second wave (taking place when the children were 4) further verified reductions in abuse and neglect as documented in reports of child maltreatment (Olds et al., 1998); and the third wave – taking place when the children were in their teens -- observed fewer arrests and self-reported crime within FNP families (Eckenrode et al., 2010).

Subsequent trials in Memphis and Denver provided further evidence that FNP was beneficial for vulnerable families (Olds et al., 2014a & b). Benefits observed in these studies included improved child language and behaviour at school, as well as increased maternal employment and fewer preventable child deaths. These findings were by and large replicated in FNP’s first European trial in the Netherlands, which verified that the intervention was capable of providing benefits in countries where support to vulnerable mothers was considerably better than typical US maternity care (Mejdoubi et al., 2013; 2014; 2015).

Given these positive results, expectations for the programme were high when the (then) Department for Health brought it to England in 2007. Interestingly, this evidence did not include those involving perinatal outcomes. This is because high-quality universal health visiting services were already available in the UK, so supporting the perinatal period was not an area where the programme was expected to add value.

These new findings, published in 2021, are the result of a five-year follow-up study that compared FNP children in England to their randomly selected peers on the basis of routinely collected public data. This data includes official child protection reports, child-in-need status, referrals to social services, accidental injuries and ingestions, subsequent maternal pregnancies and children’s achievement at reception and key stage 1.

This study design is noteworthy for two reasons. The first involves the length of time the children were tracked. Although previous evaluations of FNP also followed children over multiple years, long-term follow-ups are the exception and not the rule for most early years programmes.

It is also laudable that the researchers made use of publicly collected data through an ambitious and well-executed data linkage strategy. Linkage to routine data provides advantages in terms of the time and expense involved in data collection and permits comparisons between outcomes with a pre-established public health benefit. Another key advantage of routine data use is the improved ability to retain the entire sample, meaning that the findings are less subject to missing data biases that often reduce confidence in a study’s findings.

On the other hand, a key disadvantage of routine data use is that the measures used to capture this information tend not to be as sensitive as those used data is collected. This lack of sensitivity risks flattening the impact of findings or reducing them to non-significance.

Given these methodological challenges, it is especially noteworthy that the Building Blocks follow-up study observed a statistically significant and consistent educational advantage for FNP children that was maintained five years after programme completion. Specifically, FNP children were more likely to be assessed by their teachers as achieving a good level of development through the Early Years Foundation Stage Profile (EYFSP) at reception (age 4) and as reaching their expected standard in reading at key stage 1 (age 6). Although the overall five percentage point advantage for FNP children seems modest, these findings show that FNP improves outcomes for vulnerable young children in a way that is consistent with intervention’s theory of change and was expected to add value within the UK.

From our perspective, these outcomes are also significant from the standpoint of children’s development. As we observed in our 2017 report, Language as a child wellbeing indicator, cognitive capabilities during the early years are consistently associated with children’s success at school and entry into the workforce. While Early Years Foundation Stage Profile and Key Stage 1 scores are not perfect predictors of academic success, they are reliable predicators, and so they are considered to be indicative of improved life chances (e.g. Atkinson et al., 2021; Treadaway, 2019).

More needs to be done

While these findings make clear that FNP has the potential to improve the life chances of highly vulnerable children, it is also clear that the intervention does not solve all problems. In this respect, the follow-up Building Blocks evaluation also found that FNP was unsuccessful in reducing rates of child maltreatment, observing that over 20% of participants in both groups were on the child protection register or identified as a child-in-need. This rate is unprecedently high in comparison to the rate of 2.5% in the general child population and underscores the extreme disadvantage of the FNP recipients. In fact, recent studies show that teenage mothers and their children may be more vulnerable today than they were 10 years ago.

These findings suggest that the support provided by the current FNP model may not be sufficient for reducing rates of child maltreatment in these highly vulnerable children. Although the optimal level of support for these disadvantaged families remains unknown, it is clear that the national FNP unit is aware of these unmet needs and testing and adapting the programme in order to meet them.

These sobering findings also highlight the difficulties involved reducing child maltreatment more generally. These challenges do not mean, however, that we should stop trying. At the same time, the positive educational outcomes observed by the Building Blocks trial offer a glimmer of hope. Given that hope is thin on the ground these days, it is important that we keep it in sight, and continue to consider how it can be nurtured. 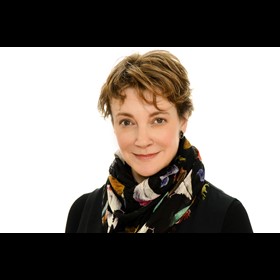