Skip to main content
Home > Blogs > FNP: What next? Evidence and early thoughts on smoking in pregnancy

FNP: What next? Evidence and early thoughts on smoking in pregnancy

"When the Family Nurse Partnership (FNP) RCT report was published, I said we would act quickly to learn from the findings and to adapt and improve the programme where we needed to. This is the first in an “FNP What Next” blogging series where we will share our thinking and reflections openly, and I hope, engage others with a commitment to improving outcomes through early intervention and prevention. The piece below is by Research Fellow, Keira Lowther, and discusses early evidence and thinking around stopping smoking in pregnancy. Join the conversation on Twitter: @FNPNationalUnit."

The Building Blocks trial showed FNP had no impact on smoking.

The recent Building Blocks trial reported that FNP did not reduce smoking during pregnancy more than usual services. When we heard this at the FNP National Unit, we made a commitment to explore how and why this was the case. We began by looking at the most recently published literature to explore the latest evidence about what works, and then asked the FNP supervisor and family nurse community through semi-structured group phone calls with the teams.

Why smoking is so important.

If we want to reduce the risk of serious poor health for mothers and their babies during pregnancy and birth, smoking is the most powerful thing we can change [1]. Smoking during pregnancy causes up to 2,200 premature births, 5,000 miscarriages and 300 perinatal deaths every year in the UK (2). It also increases the risk of developing a number of respiratory conditions; attention and hyperactivity difficulties; learning difficulties; problems of the ear, nose and throat; obesity and diabetes [2].

It’s challenging for both professionals and mothers…

A report by NICE described how some professionals are hesitant to talk about stopping smoking with pregnant women because they fear damaging the therapeutic relationship, feel underprepared or under educated on the topic and don’t have the confidence to speak confidently [3]. We were keen to explore whether this was happening in FNP.

The evidence suggests that professionals sometimes feel that it is difficult to broach the topic because of the extent of the mother's addiction, the mother may be unaware or cannot access the support available, or is concerned about the stigmatisation of smoking so they do not disclose that they smoke. However, there is evidence that many approaches are effective in helping pregnant women quit: counselling, feedback, social support and incentives [4], with particularly strong evidence for the effectiveness of incentives in conjunction with other approaches (5).

To try and understand why FNP had not had the effect we had hoped for in this area, we developed topic guides to explore barriers and facilitators to stopping smoking for mothers on FNP. We asked the family nurses and supervisors to describe their practice in this area, how important it was to them and why they thought they were seeing the results they were. We spoke to five teams in total.

For these five sites, we learnt that the barriers to stopping smoking were environmental, social, emotional and informational. For many mothers, everyone in their immediate environment, mostly family members, smokes, and therefore to stop takes enormous will power. Socially, mothers would often meet with their friends to smoke, and so may be concerned that should they stop, social contact might become limited or strained. Mothers would smoke when they became stressed, as an emotional support, and often were unaware of the extent to which it was dangerous for their own well-being and that of their baby.

Family nurses said that nicotine replacement appeared to work, as did an approach called ‘babyClear’ (developed by the Tobacco Control Collaborating Centre), which was operational in many FNP teams. This approach presents the risks of smoking in pregnancy in a stark way, which mothers (and family nurses) found shocking, and would shock mothers into quitting smoking.

In practice, the family nurses reported that whilst helping young women to quit was a priority outcome, sometimes they felt that if they continued to promote it in the face of a resistant mother, or one who had many other challenges, they might break the therapeutic relationship with no positive results. Their practice was to encourage mothers at each positive step, which meant affirming each reduction in cigarettes smoked, in contrast with the stop smoking services where a successful quit attempt was the only measure of success. It was also important to them that the mothers felt respected and in control at all times.

Stopping smoking is clearly an extremely difficult and complex process. The FNP approach, to guide mothers through a complex decision making process in a non-judgemental way, has not been effective enough in this area. However, we now have new insights into smoking in pregnancy for this group, and we are very keen to use the opportunities in FNP, including the close and regular engagement between the family nurse and mother at this critical time, to help pregnant women stop smoking. This is the most important risk factor for infant mortality and we are excited about the opportunity to make a difference here and to share our learning with other services. We anticipate working closely with our established national partners (Smoking in Pregnancy Challenge Group) and in collaboration with front line teams to develop and test different approaches to improving this important outcome. If you would like to work with us in this, please forward your interest to KLowther@fnp.nhs.uk.

Smoking Cessation in Pregnancy: A review of the challenge [Internet]. London: Action on Smoking and Health; 2015 Oct. Available from: www.ash.org.uk/files/documents/ASH_979.pdf

Smoking cessation in pregnancy: A call to action [Internet]. London: Action on Smoking and Health; 2013. Available from: www.ash.org.uk/files/documents/ASH_893.pdf 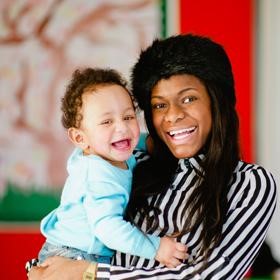