New evidence of impact for FNP in England

It’s almost 15 years since Family Nurse Partnership (FNP) was established in England. We’ve built a workforce of skilled family nurses. We’ve worked with tens of thousands of the country’s most vulnerable parents, whose young lives are often marked by adverse life experiences.

FNP children who were born in those early days will now be in secondary school and reaching the age their parents were when they enrolled in the programme.

We’ve learned a lot in the past decade-and-a-half. Responding to evidence, programme data and insights from clients and family nurses have played a central role in the implementation and development of FNP in this country. New evidence published today (10 February) by the National Institute of Health Research adds further information. It provides clear evidence in England that FNP can give children the best start in life by improving their development and early education outcomes, in line with an earlier study and the international evidence base for the programme. It also tells us something about areas that we may have expected the programme to make a difference and hasn’t.

This throws up all sorts of questions. How is it that FNP helped to improve child development and early school attainment outcomes, despite FNP children being just as likely to be referred to social care? We know from wider research that one intervention alone is not sufficient to meet the needs of vulnerable families and their children, so what does this study tell us about the aggregate effect and interplay of social care intervention and intensive parenting programmes? We look forward to engaging with colleagues working across service delivery, commissioning, academia and policymaking, as well as clients and family nurses, to consider these questions and more, and to contextualise this new information.

As we prepare for these conversations and digest the detail of the study, four key things emerge for me:

It is a timely reminder that no single piece of research can give us all the answers we’re seeking. The Early Intervention Foundation rates programmes by the quality and quantity of evidence of impact. FNP has a 4+ rating, which remains rare. We have the huge benefit of seeing this new study through a well-honed lens, shaped by four decades of international research and over a decade of our own programme data. Our own data tells us, for example, that young mothers enrolled in FNP after 2009 are more likely to report experiencing abuse and neglect at intake (26% in 2009; 40% in 2017) and we see similar patters with those reporting a history of mental health problems. Young mothers are less likely to be in education, employment or training, than those who enrolled in FNP a decade ago. This, together with our ongoing programme development work (as noted by study authors) and changes in the wider system over the past decade, mean we need to see these study findings in light of an evolving context.

It shows that it’s not enough to ‘unwrap the box’ and drop a licenced programme into place. We need to take out all the parts and configure it for context, then listen and learn as we implement it. This isn’t new for FNP. We learned this from the previous Building Blocks study and undertook an ambitious project to adapt the programme in response to evidence, data and insight from clients, nurses and commissioners. Some of this work focussed on strengthening clinical areas of work on neglect and intimate partner violence, as well as delving deeper into the scale and characteristics of vulnerability among FNP families. The strong foundations of the programme made this possible, along with a highly skilled nursing workforce, and collaboration with clients, researchers, statisticians and other stakeholders.

It tells us that universal services in England do good work, often unsung, that supports families and protects children. Vulnerable young families in this study reached the help of social care, no matter whether they were in the FNP arm or received ‘usual care’. There is some nuance in the study’s descriptive analysis: FNP children were less likely to be referred on multiple occasions and spent less time in care. But it does tell us something about our social care system, compared to the US, where the study had strong evidence of impact on child maltreatment.

It also tells us that universal provision isn’t enough to change the life course of children who otherwise fall far behind the general population. We know well that falling behind at this early stage is a predictor of falling behind throughout a lifetime – and, without intervention, a predictor of their children falling behind too. This study (and our programme data) suggests that we can disrupt the intergenerational transmission of disadvantage. The kind of intensive parenting support provided by family nurses helps enable parents to provide responsive, sensitive caregiving which better supports their child’s development. This builds the right conditions for that child to arrive at school ready to learn and, in turn, to reach their potential in early education. What is really remarkable is that FNP children in this study were more likely to reach the expected level in reading at Key Stage 1 than vulnerable children in the general population (who were eligible for free school meals, looked after or adopted from care, parents of any age), when study results are compared to national data.

No child should have their life story written before they are born. Family nurses can’t change the adverse circumstances a child lives with, but they can influence changes that will impact on the life that child will go on to live. There is more work to do to evolve FNP for context: to delve deeper to understand what isn’t working, as well as what is. And to try to understand what common elements we can glean from FNP and other intensive parenting support programmes to influence greater system-wide change for more families. This is timely as we respond to the hidden harms of the pandemic for children, young people and families.

Like the FNP babies of the noughties, the programme itself is maturing and coming of age. We will continue to learn and to ensure this insight contributes to wider work to give vulnerable children the best start in life.

Read more about the study. 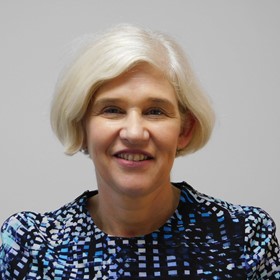