The event focussed on the important role that dads play in child development, and the impact of mental health issues in fatherhood. The conference also gave us the opportunity to showcase the innovative engagement work that we are currently offering our dads in Blackpool. Blackpool Better Start supports dads through a range of programmes such as Fathers Reading Every Day (FRED), Mellow Dads and a Dads4Life group which encourages dads of all ages to support each other and brings them together to do hands-on projects such as building furniture for children’s centres, designing early years reading spaces in libraries and working in community gardens.

We were delighted to welcome Professor Paul Ramchandani from Cambridge University, who chaired the day and presented his fascinating research on the link between depression and the way that fathers play with their children.

Depression is common in dads and affects between 5 and 10 per cent of all men who have a new baby. Analysis has shown that depression increases the risk of negative effects on the developmental outcomes of the child by 20%.

Depression can be associated with more withdrawn paternal behaviour and can lead to less spontaneous play, which can have an impact on cognitive development. Play is incredibly important to a child’s development and it should be fun, spontaneous and provide challenge – all of which can be difficult if a dad is experiencing poor mental health. A systematic review of the involvement of fathers in play found that father-infant play is consistently associated with a higher rate of positive child outcomes including emotional, behavioural and cognitive development, so it’s critical that dads with depression receive the support they need, when they need it.

Mark Williams, a campaigner for fathers’ mental health, shared his own experiences of male post-natal depression to raise awareness of the condition and encourage more dads to talk about their mental health.

Fathers with perinatal mental health disorders are 47 times more likely to be considered at risk of suicide, yet men are still not screened for antenatal depression. Mark launched International Fathers Mental Health Day and developed Fathers Reaching Out to encourage dads to open up, and while help for anxious and depressed fathers is part of the new NHS 10-year plan, more funding is needed and awareness of the issue still needs to be raised.

Dr Anna Machin from the University of Oxford brought an anthropological angle to the conference with her talk in Becoming a Dad: The Science of Fatherhood.

Dads are biologically and psychologically primed to take on the role of parent and levels of testosterone decrease when men become new fathers, to make dads more family-focussed.

Anna showed the many biological changes that take place in the structure of fathers’ brains that can affect nurturing, risk detection, problem solving, planning and relationships. These changes can help the father to make deep bonds with their children.

Dads can also have a significant impact on children's development of language and executive functions, and at the preschool age fathers can have a greater impact on this than mums – which shows that dads universally have a role in scaffolding their child’s entry into the world beyond the family.

Interestingly, it’s not just biological fathers that experience these changes, the impact on a child’s development and the changes in the dad’s brain chemistry also occurs within non-biological fathers who have ‘stepped up’ to do the job.

The conference also welcomed Sharin Baldwin, The Fatherhood Institute, Fathers Network Scotland, VIG and For Baby’s Sake, who all contributed to an important day highlighting the issues that father of today face, and what services and solutions are available to support them in their journey of fatherhood. 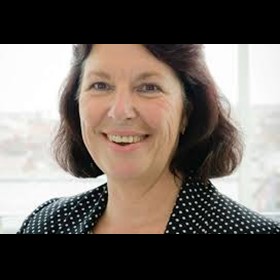