Realising the potential of Early Intervention

Early intervention is as relevant to a whole set of major societal concerns today – from widening health and social inequalities, to rising mental health problems among children and young people, to the impact of youth violence – as it has ever been. Early intervention is not a panacea for all of society’s problems, nor is it a financial coping strategy for local or central government – but it is a vital way of providing children with the skills and resilience they need to succeed in life, and of mitigating the negative impacts of poverty and other forms for disadvantage.

At the Early Intervention Foundation, we are committed to ensuring effective early intervention is available to improve the lives of children and young people at risk of experiencing poor outcomes at home, at school or later in life. This means we are focused on promoting and enabling an evidence-based approach to early intervention, because children and families who receive early support that has been shown in the past to have a positive impact are more likely to benefit, and to a greater degree, than those who receive other forms of support.

Five years on from EIF’s founding, it is time to refresh and reassert the case for early intervention, as something that national and local government should be prioritising and investing in. The current context – including ongoing constraints on public spending, the impacts of preparations for leaving the EU, and increasing levels of demand within early help and children’s social care (among others) – present new and sharp questions for early intervention, and how it can help. We’ve set out this case in a new report, Realising the potential of early intervention, which is one part ‘state of the nation’ for early intervention, and one part action plan, for much-needed changes at the national and local level. As we argue in the report, if we are going to realise the potential of early intervention to improve the lives of children and families, we must come to grips with the scale of the challenge and the level of political commitment required. There are no quick fixes here.

Over the five years that EIF has been in existence, we have learned plenty about ‘what works’ in early intervention – and, perhaps just as importantly, about where there are critical gaps in the evidence, for example around supporting children’s outcomes where their parents are misusing alcohol or drugs. Either way, it is important that, as one of the government’s What Works Centres, we are clear about when early intervention is effective, for whom, and under what conditions.

We are well aware that further work is required, especially concerning how ‘what works’ evidence is applied to questions about frontline practice. To date, much of EIF’s work has focused on providing evidence-based information about the effectiveness of programmes to national policymakers and local decision-makers, to feed into discussions about policy priorities, new initiatives and commissioning. But there is no doubt that the evidence lens can be brought to bear on matters of day-to-day practice as well.

Indeed, it is vital that we do so. Professional experience and informed judgment are a vital body of knowledge for practitioners to draw on. But it is vital that we supplement this with empirical research. The term ‘good practice’ means different things to different people, but for us it has to mean that it is underpinned by evidence, not just anecdote.

At the same time, we know that this isn’t easy. While there are accepted methodologies for measuring the impact of a discrete programmes for a specific cohort, it is more difficult to apply the same standards to aspects of day-to-day practice, when hundreds of micro decisions about what and how to do your job are being made within a complex, dynamic environment. The evidence base on practices and methods within early intervention needs more attention from both researchers and practitioners.

As we set out in Realising the potential, one of the necessary conditions for early intervention to flourish is a culture of evidence-based decision-making and practice at the local level. It is one of our priorities over the coming years to help build the evidence base on effective practice, and to help local areas and teams to 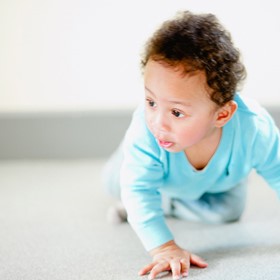