Raymond Carver’s short story ‘What we talk about when we talk about love’, in which four people talk about love over the course of a sunny, gin-fuelled afternoon, illustrates how elusive and powerful the idea of love is. The characters circle round it, never quite defining it, interweaving stories and memories. They use the word love to name power, violence, adoration, familiarity, attraction, trust and friendship.

At the Health Foundation and Institute of Government debate in September 2018, ‘Is it time for a hypothecated tax to fund the NHS?’ promised to be a drier affair. The government has promised an extra £20bn for the NHS but not yet explained how it will be paid for, so we joined six experts in health and social issues, economics and taxation, including MPs from two sides of the political divide, to talk about the pros and cons of a dedicated, or hypothecated, tax for the NHS (for example, proposals to set aside a percentage of tax for the NHS, perhaps a penny in every pound).

The subject was technical, but the debate quickly moved into deeper terrain, striking a chord with those of us who work in health day-to-day. The discussion focused on ends rather than means, prompting questions about what we really value. And on that subject, there was a heartening convergence.

When we talk about the NHS, we talk about national identity
The mood of the debate was remarkably pro-tax: this says a lot. According to Health Foundation research, NHS productivity compares well internationally. Daily, I witness passion and commitment to delivering high quality, user-centred care in the Family Nurse Partnership, the public health early years programme I lead and the Tavistock and Portman, the mental health Trust where I work.

The British public also has a special place in its heart for the NHS (where else in the world would an Olympic opening ceremony offer a long and imaginative tribute to its health service?) and public opinion demonstrates that voters are prepared to pay more tax to keep it afloat. It is a powerful act of community when individuals actively ask to pay more for the health and well-being of all.

For me, this includes investing in the first years of life and in prevention, making real the 5 Year Forward View commitment. But, as debaters reflected, trust in politicians is currently low. Could a hypothecated tax represent a compact with voters, a mechanism for locking down clear sums of funding that Ministers could be held to account against? What would stop this fund being raided for other priorities? Might a hypothecated tax actually increase instability, producing less cash when the economy is in downturn?

When we talk about health we don’t just talk about the NHS
Both sides of the debate highlighted the wider determinants of health. No one wanted other budgets raided to pay for health. Health suffers if education suffers, if pollution levels are high, if food is poor or if people live in poverty. And health means much more than hospitals. It means mental health, primary care, social care and public health: all of which include local and community-based services. Often seen as the less glamorous side of health, these services offered within communities, and sometimes in people’s homes, can reap huge long-term benefits.

In the end, the vote was against hypothecation, but that wasn’t really the point. When we talk about tax, we really talk about what matters to us as humans, as communities and as a society. The common ground we found made me hopeful and energised.

This blog, by Ailsa Swarbrick was originally written for and published by the Health Foundation 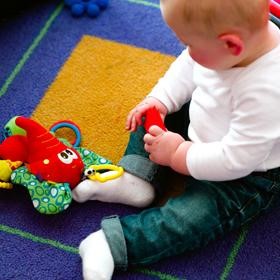