This week we published our report about how we have learned from evidence and changed FNP.  This also marks the end of my eight years as Director of the FNP National Unit.

It’s hard, right now, to think beyond the immediate pressures and fears of coronavirus, and the unimaginable new normal it produces each day, and I’ve wondered if it’s appropriate to do that.  But against the backdrop of the global crisis, the public health and economic emergency and the policy responses, there are people’s lives, loves and hardships, and it is what we and future generations do which will take us through this time and into the future.  So these things, and the contribution FNP has made, still matter.

The FNP story is about improving outcomes for both babies and their parents over their whole lives.  It’s also about the delicate balance between the human, personal and relational, and the scientific, the structured, the social and the political.  It’s about exploring complexity, listening and learning, and making hard and pragmatic choices to move things forward.  Finally, this has all shaped me personally, and so it’s also my story.

I was introduced to FNP in 2006, overwhelmed on return to work as a civil servant after having my fourth son, trying to pick my way to being both the mother I wanted to be and also to do meaningful professional work, well.  FNP’s combination of a frank recognition of emotion and love (with fluffy pink hearts and all), alongside a robust evidence base, and a focus on real world delivery spoke to me.  I spent a few months helping to introduce it to the UK, before moving on to something else.

Fast forward a few years and I took on the role of Director, taking the FNP National Unit into the NHS, the Tavistock and Portman, home of attachment theory.  I have loved this job, and here are a few things I have learned and which I will take with me to pastures new.

What I’ve learned most of all is about the value and the beauty in the so-called small things, and the place of humanity in work.  I’d like to thank all the many people I’ve worked with, talked with, laughed with, or been inspired and supported by during my time leading FNP – colleagues, nurses and clients who have let me into their lives and sometimes their homes.

This poem by Simon Armitage says it all, especially these final two verses:

I have not toyed with a parachute cord
while perched on the lip of a light-aircraft;
but I held the wobbly head of a boy
at the day centre, and stroked his fat hands.

And I guess that the tightness in the throat
and the tiny cascading sensation
somewhere inside us are both part of that
sense of something else. That feeling, I mean. 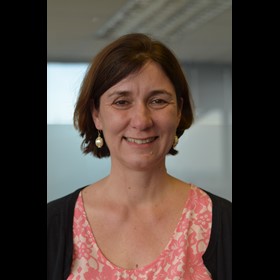