Over the last year we have been doing more of a deeper dive into ‘what works’ when it comes to child development. We saw that there were some promising results in the trial and we’ve been thinking and discussing this important element of 1001 critical days. It took us to consider how we use the Ages and Stages Questionnaires (ASQ) to show progression for children whose parents are in receipt of the programme. The ASQs consist of two developmental screening tools designed to identify infants/children who need further assessment and/or additional support.

The ASQ contains 30 items, divided into five areas of development:

The ASQ and ASQ: SE are validated, population level, developmental screening tools that actively involve and encourage parents to be observant of their child’s development. Promoting this collaborative process validates the status of clients and partners as parents, increases their knowledge of child development, increases their self-efficacy and enables a constructive discussion of the next developmental stages for a child and the ways in which this can be positively supported by the parent.

They have proved very popular in England, since FNP first began using them in 2007. Initially, some professionals were a little concerned about changing from their usual child development assessment, but the more collaborative nature alongside the evidence base have been deciding factors in it now being used for the main two year assessment of all children. Indeed, in their briefing paper about the ASQ, in 2015 the Department of Health stated, ‘[The ASQ] was one of two assessment tools identified through research as suitable for use as part of Healthy Child Programme two year reviews and to generate data for a population measure of child development at age 2-2½. The research, which reviewed a range of measures of child development, can be found on the UCL website. Further research, exploring the acceptability and understanding of ASQ among parents and health professionals, is also available.

One key factor for the ASQs being such a favourite, aside from their collaborative nature, is that family nurses are able to use FNP tools and methods to support parents or carers to introduce specific games, activities etc., to bring on an area in the child which may be developing slightly slower than anticipated. This means that when referrals for consultation are made these are for areas of child development that both the parents/carers and family nurse have been working to address.

Going back to our ‘deep dive’ we began to discuss with teams about the possibility of an ASQ impact tool, showing progression of children’s ASQ scores over time. After much discussion and consultation, the ASQ Impact and Improvement Tool was released in mid-2016. This tool is a spreadsheet containing data and graphs on levels of child development in FNP sites using data from the ASQs recorded in the FNP Information System. It presents data on the proportion of children in a specific FNP site with ‘on track’ cognitive and social-emotional development at various ages from four months to 24 months, alongside that for the FNP programme as a whole. It also presents data broken down by each of the five developmental domains of ASQ-3, and separately shows data on the ASQ-SE.

Improving child development is a key goal of FNP and this tool is intended to help supervisors better understand the progress their FNP population is making in this area and feed into their plans for improvement.

The main purpose of the tool is to help FNP teams understand the level and nature of child development amongst their population of children at different stages in the programme. This will help them develop their clinical strategies in this area as well as to demonstrate progress made.

The tool does not, at present, show the impact of FNP on child development as this would require data for a comparable group not receiving FNP. Rather, it helps FNP teams’ understand potential impact by showing the proportion of children with ‘on track’ development towards the end of the FNP programme which can be compared to levels of development amongst the same children earlier in their life. FNP sites can also benchmark themselves against the FNP programme as a whole.

We’ve had a lot of positive feedback about this tool from sites, and we continue to collect feedback to inform developments of future iterations. As we evolve this data tool, we make sure that each year, at supervisor learning events, we have time to discuss how sites/areas are using it to inform clinical practice and delivery of the programme. These discussions have helped share best practise between supervisors and ultimately across the FNP community. 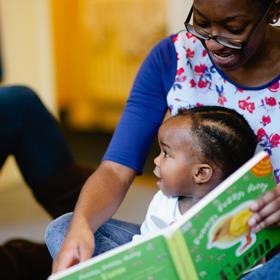