Brenda Coughlan, a Family Nurse Partnership (FNP) supervisor in Tower Hamlets, East London, was involved in the original Building Blocks randomised controlled trial study (RCT) of the FNP programme in England. The findings of a data-linkage follow-up study, Building Blocks 2-6, show that FNP positively impacts on school readiness and child developmental outcomes. Here, Brenda reflects on how FNP has evolved in the interval between the two studies, on the significance of the nurse-client relationship, and what the latest study findings mean to her.

I joined the Tower Hamlets Family Nurse Partnership (FNP) team as one of four family nurses when FNP began in 2007.  We were one of the teams involved in the first Building Blocks RCT of FNP in 2009 and since then over 500 families have benefited from the support of a family nurse and a programme tailored to their needs. In a deprived inner London borough, many faced the challenge of homelessness, financial and job insecurity and the enormous stresses associated with these.

When the findings of the first Building Blocks study were published, we thought that the evidence didn’t seem to speak to our experience working with families when viewed from a psychosocial perspective rather than a medical model. What became clear early on was the value the young parents placed on the relationship with their family nurse, through which the educative aspects of the programme were delivered. The family nurse was often an anchor in the face of multiple challenges. Many of the young parents made positive lifestyle changes, adjusted to the demands of their new role as parents while growing and pursuing new aspirations for themselves.

What’s interesting about these latest findings is they show that positive outcomes for children become more evident over the longer term. This confirms what we already instinctively knew; that the benefits of FNP and the relational approach of the programme accrue over time.  These findings have special value for us, not only proving programme efficacy in school readiness and developmental outcomes, but as firm evidence of the true long-term benefits of FNP. The findings on child referral to social care highlight the vulnerability of the clients that family nurses work with, and the importance of early identification of need to support effective safeguarding.

We have learned so much since the first days of the programme about the positive power of intensive parenting support to help young families. This has allowed us to not only better help young families across Tower Hamlets, but to also integrate and share our knowledge across the local care system.  From before the RCT study, throughout the ADAPT project and after, up until the publication of Building Blocks 2-6, what we as a team have learned over these periods of change has allowed us to remain resilient, innovative and focused consistently on our clients while improving the quality of our programme delivery.

For example, when FNP first began in Tower Hamlets, the impacts of Adverse Childhood Experiences (ACEs) and the importance of a trauma-informed approach were not widely understood. Thirteen years on, far more is understood about the complex factors underpinning and fuelling vulnerability and inequality, and the increased need to integrate effectively with other services, which is something that FNP does well.  FNP practice has always been trauma-informed and the team welcomes the recent commitment by Tower Hamlets to become the first trauma-informed borough in London.

Of course, the real significance of the new research data is reflected in the personal stories of FNP graduates. Speaking at a parliamentary reception during the 10th anniversary of FNP in England in 2017, one of our first Tower Hamlets clients described how her bond with her son “grew stronger” as a result of FNP.  She also said how 8 years later he was achieving well at school and “exceed[s] the level of empathy any mother could expect.”

The valuable data about the young families enrolled in FNP, alongside evidence from independent research studies, informs the continuous development of the FNP learning programme for family nurses.  It has also enabled the development and implementation of a more personalised delivery model, which is more closely tailored to clients’ individual needs. This has been relevant during the pandemic as FNP teams have worked hard to continue face-to-face visits with clients in their own homes, despite the constraints on all home visiting services.

Both Tower Hamlets GP Care Group and the borough Associate Director of Public Health are very supportive of FNP, and I’m looking forward to exploring the Building Blocks 2-6 findings with them. Our Head of Early Years Services is very focused on school preparedness and understands how FNP enables young parents to achieve their goals and aspirations in wanting to give their child the best start in life.  They also see how improved outcomes for children and families helps tackle inequality while reducing demand on the public purse through costly future interventions.  This, together with the latest research findings and the testimonials of former clients, makes a compelling case for continued investment in early intervention to reduce inequalities and enable more children and families to thrive.

I hope that the Building Blocks 2-6 findings—which the Early Intervention Foundation has welcomed—will encourage longer term investment in intensive parenting programmes like FNP to help tackle social and health inequalities across England. 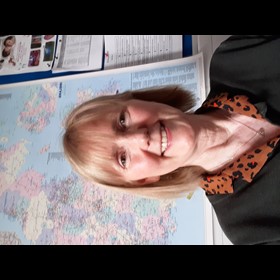